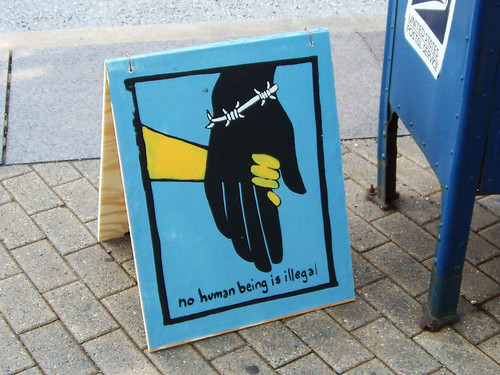 Did colonization come to an end in the 20th century or are we still witnessing a neo-colonial era in which international corporations exploit resources from financially and politically unstable regions? Is it a matter of luck or of historic, economic and social injustice which causes disparity between the Global South and North? The world economic system with its asymmetrical power and unfair trade agreements is a complex topic, but understanding it is crucial for finding the purpose and impact of our local actions.

By using chairs, cushions and the participants’ physical movement, this activity  explains the basics of the global distribution of wealth, poverty, population, CO2 emissions and refugees. A guessing game and a simple analogy with physical objects are used to engage the youth in thinking about the current state of world affairs.

Create a world map of the continents by placing continent signs in different corners of the room and leave enough space in the middle for participants and their chairs.

Spreadsheet for Population, GDP, CO2 Emissions and Refugees real distribution and  calculated numbers of the participants.

Upload a photo of the workshop and submit a short summary on how the game was for the group and what topics surfaced  in the discussions. Instructions on how to upload photos and how to submit things in Moodle can be found here: Instructions on Submission&Uploading